Regional leaders, Coast Guard supporters and government officials will gather at Nico’s Upstairs in Honolulu to recognize the missions and heroism of U.S. Coast Guard personnel from the Fourteenth District. This district, which will be spotlighted at the event, is headquartered in Hawaii and operates in an area covering more than 14 million square miles of land and sea. District units are stationed in Oahu, Maui, Kauai and the Big Island, as well as American Samoa, Saipan, Guam, Singapore and Japan. 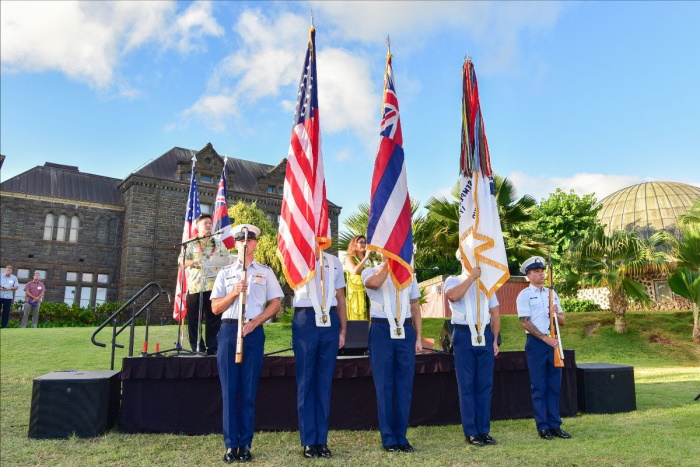 Members of the Coast Guard present the colors during the 2019 Tribute to the Fourteenth Coast Guard District event, held at the Bishop Museum in Honolulu on Aug. 22, 2019.

“The men and women of this U.S. Coast Guard District serve a heroic and vital mission that spans an incredibly vast area,” said Susan Ludwig, President of the Coast Guard Foundation. “The service members of the Fourteenth District inspire us every day with their bravery and dedication, and so it is a great privilege for us to be able to honor them.” 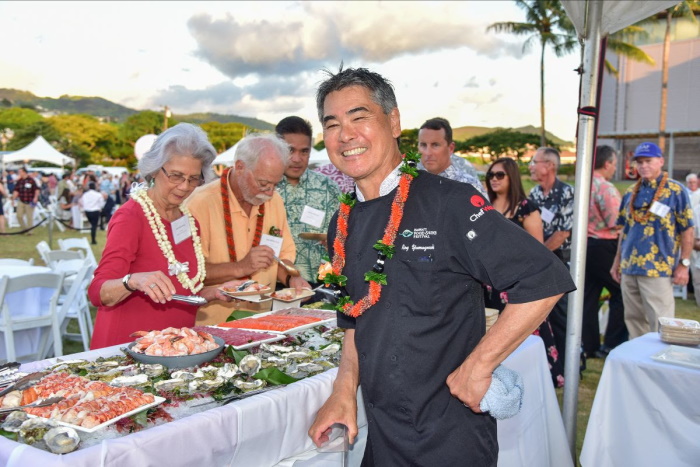 Celebrity chef Roy Yamaguchi poses during the 2019 Tribute to the Fourteenth Coast Guard District event, held at the Bishop Museum in Honolulu on August 22, 2019.

The Coast Guard Foundation’s Hawaii Tribute event will be held Friday, September 23, 2022 at Nico’s Upstairs, 1129 N. Nimitz Hwy, Honolulu, Hawaii. The event, which will include cocktails and dishes prepared by Hawaiian celebrity chefs and Coast Guard culinary specialists, will begin at 5:30 p.m.