Statistical analysis of outside directors of Japanese listed companies confirms what the eye sees – the same old faces keep popping up on multiple, overlapping boards like Wally in the Where’s Wally series.

Data gleaned from the nonprofit Board Director Training Institute’s GoToData database shows that at least 342 directors sit on the boards of three or more companies, of which 100 sit in at least one of the top 100 companies. in terms of market capitalization. It’s the big league repeaters pool with heavily subscribed dance cards.

In turn, the 342 repeaters sit on the same boards with their colleagues from the same pool. Of the 342 board seats, 137 occupants overlap with two or more repeaters, just as the same high society guest list is repeatedly invited to the same parties given by different hosts.

A combination of two or more of these five persons serve as outside directors on the boards of directors of the five companies.

Who are these popular repeaters? The answer is not surprising when you consider the requirements on the demand side and the capacity constraints on the supply side. Repeaters tend to be either older statesmen or women recruited to meet the now mandatory diversity quota. 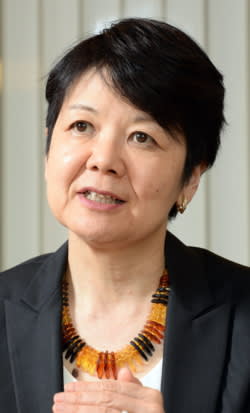 The other two instructors are women. Unlike older statesmen, they didn’t spend decades working their way up the ranks in a Japanese firm, both having spent their early years in American investment banks.

After earning an MBA from Harvard Business School, Masako Egawa, 66, embarked on a career as an academic administrator at the University of Tokyo and an academic at a business school at Hitotsubashi University. After serving as CEO of Merrill Lynch Japan from 2001 to 2008, Izumi Kobayashi, 62, served a series of outside directorships at companies such as All Nippon Airways, Mizuho Financial Group and Mitsui & Co.

Egawa and Kobayashi are two examples of a group of duly accredited women occupying seats on several overlapping boards.

Other notable repeaters include business consultant Sakie Akiyama, 60, who currently holds seats at Sony, Orix, Mitsubishi Corp. and Japan Post, as well as two of the three elderly statesmen named above, Nobuhiro Endo and Eizo Kobayashi. 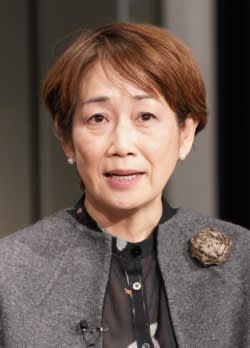 On the positive side, it must be admitted that the phenomenon of repetition occurs by definition in boards of directors which have a lot of outside directors, in many cases the majority of the board of directors. Unlike most, these companies – to their credit – go beyond the minimum requirement of having two outside directors.

Yet, one naturally wonders if it is possible for an outside director to dig very deep into the corporate practices of a company while sitting on the board of directors of three or more large companies, in addition to the time jobs. full in business or education.

Proxy advisers such as Institutional Shareholder Services (ISS) and Glass-Lewis, as well as institutional investors such as BlackRock and Vanguard, are adopting increasingly stringent standards against “speeding.” Typically, the standards in place today require a negative vote against an incumbent CEO who sits on more than two other boards.

Beyond the simple overflow looms the larger question of inbreeding: why do so many large companies invite the same people to sit as â€œindependentâ€ directors on their boards of directors?

Is it possible that a reputation for not making waves or asking tough questions fits the profile that management favors in an independent director? Or, to borrow a comparison from Warren Buffett, does a Cocker Spaniel get more board invites than a Pit Bull Terrier?

As an example, the degree of inbreeding at JPX should raise eyebrows and questions, especially in light of JPX’s responsibility as the parent company of the Tokyo Stock Exchange, the flagship of the reform of the corporate governance as the official source of the Corporate Governance Code. .

Of course, this extreme degree of overlap may simply be the inevitable result of a limited pool of qualified applicants. Nonetheless, it would inspire greater confidence if one heard more about dissenting views on the boards of Japanese companies.

Resignations like those of Fast Retailing founder Takashi Yanai and Nidec CEO Shigenobu Nagamori from the SoftBank group board in 2019, clearly signaling the disapproval of the direction taken by SoftBank founder Masayoshi Son, should happen more often.

Then again, Yanai and Nagamori, unlike many of the familiar faces serving as outside directors, are maverick billionaires who can afford to say what they think.