The SPF also created the Peacebuilding Program to leverage the foundation’s experience in peacebuilding initiatives accumulated over the past 10 years through efforts primarily in Southern Thailand.

In addition, the Pacific Island Nations Program, which has worked to contribute to the stability and prosperity of the Pacific region and its island nations since 1989, was transferred from the Security Studies Program to the Ocean Policy Research Institute to further support efforts to strengthen relationships between Japan and Pacific island countries on the basis of mutual understanding. 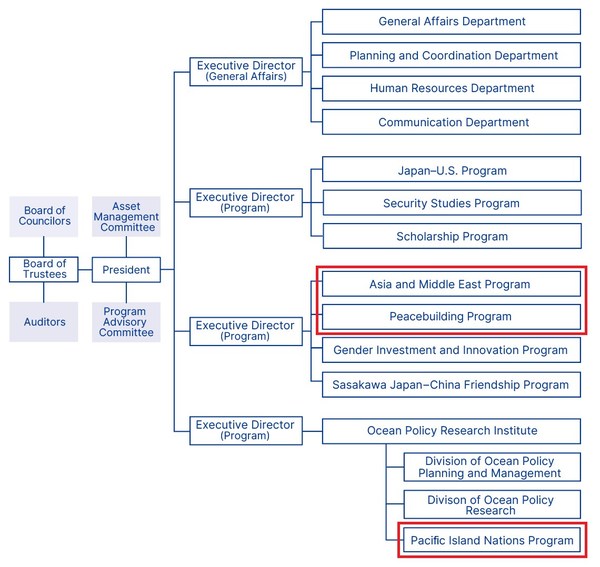