Due to its proximity to China and its many cross-strait trips, Taiwan was initially ranked among the places most likely to be invaded by the new coronavirus when it appeared last December.

Seven months later, however, with COVID-19 infecting millions of people, the Taiwan Centers for Disease Control is so far reporting seven deaths, 28 active cases, and no national transmission since April.

This was achieved without the support of the World Health Organization, which, at China’s insistence, is excluding Taiwan, and without a general lockdown, allowing most residents to go about their lives as usual.

A woman has her blood pressure taken at a medical clinic in Zhongshan District in Taipei on July 21, 2020 (Kyodo)

The reasons cited for the success of the Taiwan pandemic include swift government action, widespread support for TCDC guidelines, and a medical system ranked among the best in the world on the Numbeo healthcare index.

Yet to understand how a diplomatically isolated travel hub of 23 million neutralized a threat that has decimated the health systems of many wealthy countries, it takes more than a list of what Taiwan has done well in the current crisis. .

Even crediting the changes to Taiwan’s health care administration following the 2003 SARS epidemic, it omits a history of treating problems like COVID-19 that dates back to colonial times.

According to Lin Man-houng of the Institute of Modern History at Academia Sinica, Taiwan’s health system grew out of Japanese efforts to contain infectious diseases like malaria, cholera, dysentery, typhoid and plague. bubonic that proliferated on the island due to its subtropical climate and ignorance regarding how conditions could be improved.

Taiwan was known as “the land of miasma disease,” and given the human cost of colonization, the rulers of the Qing Dynasty pursued minimal development.

Even defending the island proved difficult.

Thousands of Chinese soldiers died, not in the fighting, but as a result of infection after being sent to Taiwan in 1874 following the Mudan incident, with the Japanese invaders doing no better.

Returning 20 years later, after China ceded the island to Japan in the aftermath of the First Sino-Japanese War, Taiwan’s new rulers appeared to have learned little from their earlier experience, as the original occupation force recorded 164 casualties in the fighting and 4,624 of what they called “Taiwan fever.”

Among the dead was Prince Kitashirakawa Yoshihisa, leader of the campaign and member of the royal family of Japan. 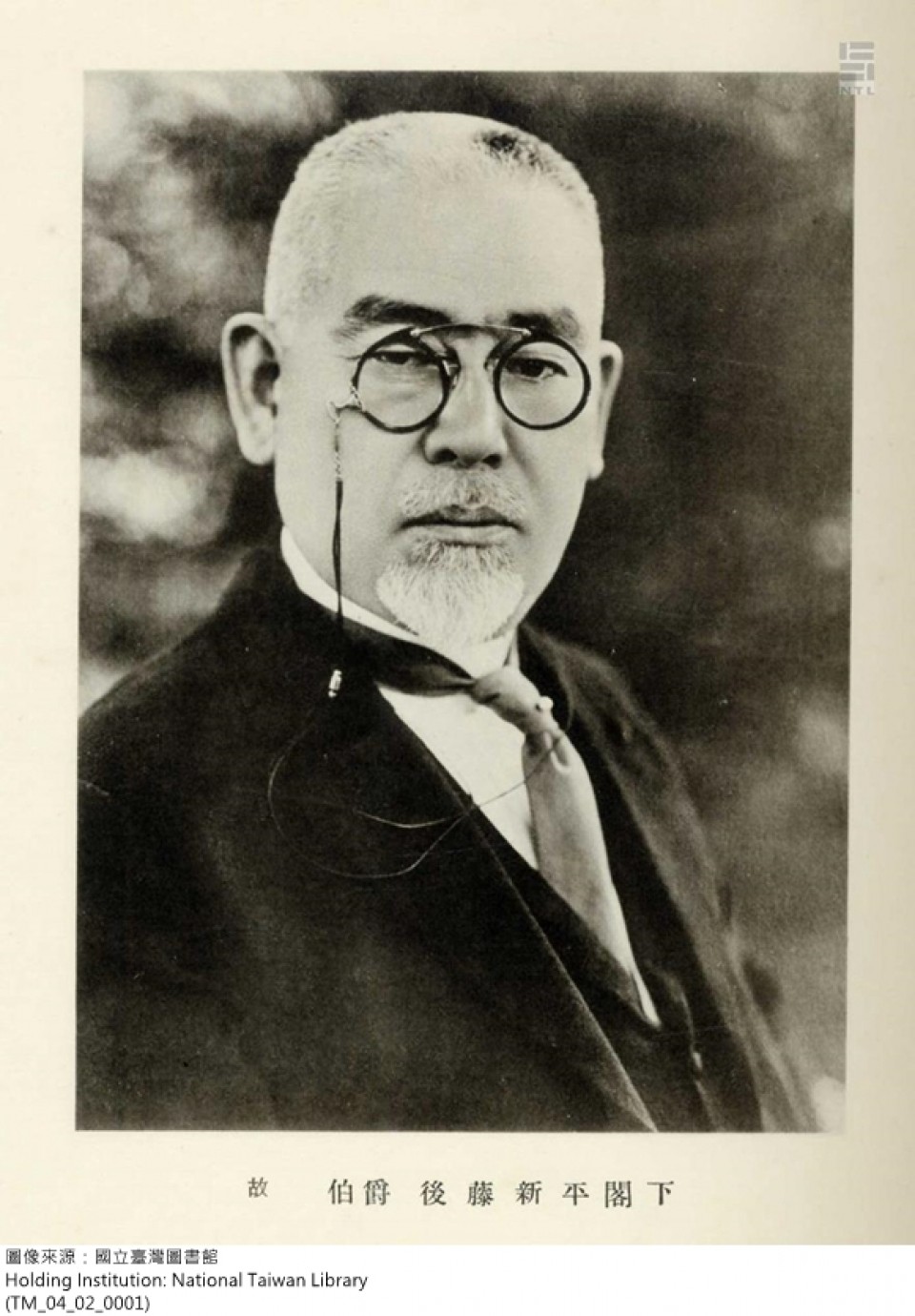 However, planners weren’t totally off guard, and as the infection persisted, Shimpei Goto, chief of the civil affairs office of the new government, put the disease at the top of his list of issues to be addressed to stabilize dominance. Japanese.

And at that time, Goto was not without resources.

After the Meiji Restoration, Japanese authorities sent students to study in Europe, where significant progress was made in the prevention and treatment of infectious diseases.

They also invited Western experts to advise and teach in Japan.

In 1896, Scottish sanitary engineer William Burton arrived in Taiwan to oversee the construction of sewers and a modern water treatment plant in Taipei, the colony’s new capital, leading to dozens of projects similar to across the island and causing a steady decline in cholera.

Malaria and plague were also targeted. Both having recently been identified as spread by mosquitoes and rat-born fleas, Tomoe Takagi, head of the Department of Health, has developed programs to protect island ports from rodents and to drain mosquito-infested wetlands.

Hygiene laws also required intensive cleaning of homes and mandatory blood tests, with those infected being placed under quarantine. 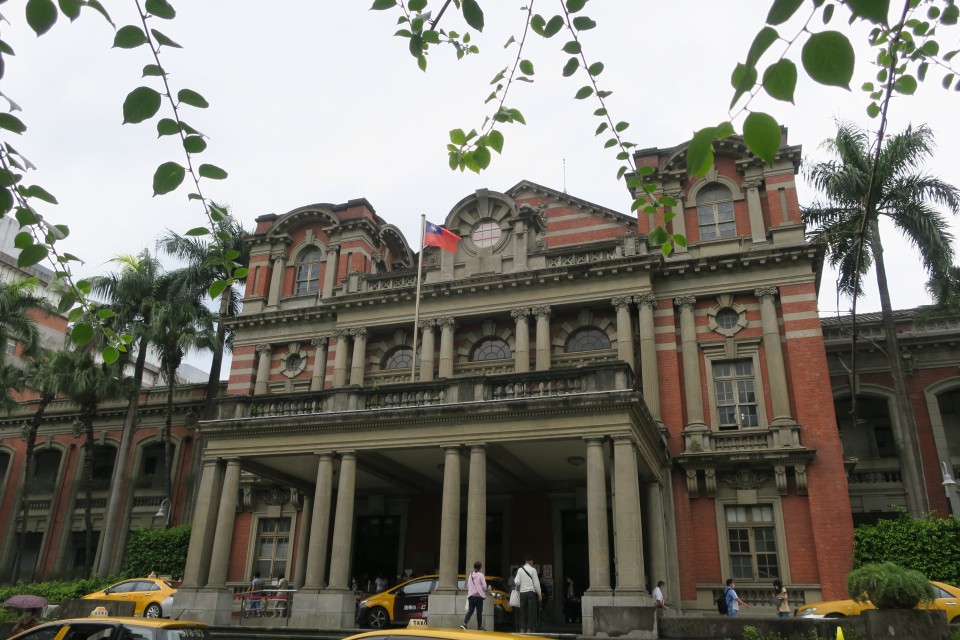 Photo taken on May 26, 2020 shows the outpatient building of National Taiwan University Hospital completed in 1921 as the largest western medicine hospital in Southeast Asia. (Kyodo)

FUNCTIONALITY: Tokyoites leave unrest behind as pandemic proves to be a catalyst for change

Yet, according to Fan Yen-chiou, professor of history at National Taiwan Normal University, Takagi’s most effective innovations were not health but social.

Taiwanese have traditionally turned to popular religion to protect themselves from disease, and they have resisted the measures stipulated in the “Big Cleanse Law”, which included not only testing and isolation, but also the burning of personal effects to clear the infection.

To counter the resistance, authorities acted slowly and enlisted the help of trusted members of the community, such as local nobility and Chinese doctors.

The program was so successful that housework became a task that Taiwanese families performed before each Lunar New Year.

What Fan calls a “collaboration between the new and the old” extends beyond disease prevention to treatment, with authorities allowing traditional physicians to continue practicing, even while expanding access to health. western medicine.

This expansion relied on medical staff trained in Europe or Japan, at schools like the Institute for the Study of Infectious Diseases, founded by Shibasaburo Kitasato, who studied under the famous German microbiologist Robert Koch, after which he has played a leading role in the fight against diphtheria, dysentery and plague.

Taiwan’s first modern hospital was a military field station in the Dadaocheng area of â€‹â€‹Taipei, which was later moved to the city center and eventually became the outpatient department of the Taiwan National University Hospital.

The colonial government continued to build hospitals and medical schools across Taiwan, with special facilities dedicated to treating diseases like pneumonia and leprosy, as well as clinics in rural areas to provide vaccinations, health education. and other basic services.

It would take more than 20 years to bring Taiwan’s “miasma diseases” under control, a remarkable achievement for which the government has been rewarded not only with improvements in general health and life expectancy, which have increased by 50% in 30 years old, but, as Goto predicted, a more stable colony.

Japan withdrew from Taiwan in 1945, leaving a healthcare system that the Nationalist Government (KMT) would continue to rely on, with infectious diseases remaining one of its biggest challenges.

It was not until 1965 that the WHO declared malaria definitively eradicated on the island.

Authorities have also borrowed from other countries, developing what Chen Hsiu-hsi, associate dean of the NTU College of Public Health, calls a “hybrid model” of health care that “facilitates the integration of medical and health care. public health “.

The changes included more generalized training for physicians, so that they could operate in a wider range of capacities, and the creation of the TCDC as a semi-autonomous government agency to emphasize the importance of separating politics from the fight against diseases.

In 1995, the government of Taiwan also established a national health insurance plan to provide comprehensive medical services to all residents.

As a nod to the wisdom of Takagi’s “new and old collaboration”, even today, with a new epidemic raging, the NHI covers those who prefer Chinese medicine to Western medicine.