There are nearly three million Sri Lankan expatriates and emigrants worldwide, including a sizable number of well-known scientists and professionals in leadership positions in universities, R&D institutions and industry.

According to UNESCO (2021), the number (full-time equivalent) of R&D personnel per million inhabitants is only 106 in Sri Lanka compared to 253 in India, 336 in Pakistan, 2,397 in Malaysia, 7,980 in Korea and 8,250 in Israel. In terms of knowledge-based high-tech exports, Sri Lanka again accounts for only about 1% of total exports, compared to 9% in India, 23% in Thailand, 31% in China, 40% in Vietnam and 53% in Malaysia. (World Bank, 2017/18). Under these circumstances, Sri Lankan expatriates can potentially make a significant contribution to improving the performance of the S&T sector in Sri Lanka by strengthening R&D.

Therefore, the National Science Foundation (NSF) embarked on the construction of an instrument with the technical support of SLASSCOM to exploit this potential, and a state-of-the-art global digital platform with the capabilities and functionalities required to mobilize the expatriates for national development. has now been developed.

This Global Digital Platform (GDP) will be launched on February 21, at BMICH at 9:00 a.m. under the distinguished patronage of Prime Minister Mahinda Rajapaksa, and this momentous occasion will be attended by the Chairperson of the University Grants Commission, Prof. Sampath Amaratunga, SLASSCOM Chairperson Sandra De Soyza, vice-chancellors and presidents and CEOs of public and private sector institutions.

This event will bring together a constellation of outstanding sons and daughters of our motherland from home and abroad on the digital platform for a noble and worthy cause in line with the government’s vision to bring splendor and prosperity to our country. 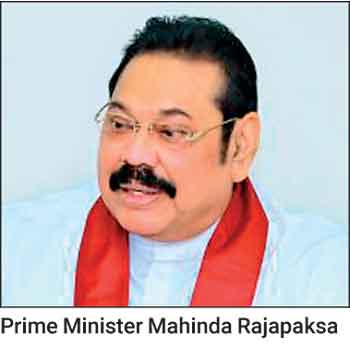 Virtually all sectors of the economy, including higher education, S&T, FDI, trade/exports, tourism and industry can potentially benefit. It has multiple applications and can even be used to harvest “global waters” when calling for high level positions such as Chairman/UGC, Vice Chancellor and Managing Director of the Board of Investment, to name a few. to name a few. The digital platform can also be transformed into a new business model, especially to provide technology, know-how and show-how to industry for industrial growth. This, in addition to strengthening the country’s corporate and SME sectors, can generate revenue for the NSF, thereby reducing its reliance and burden on public coffers.

NSF’s GDP will facilitate the effective harnessing, mobilization and channeling of intellectual assets at home and abroad – the most valuable and valuable resource in a knowledge economy –– for development. This will enable us to address and resolve high priority national needs and concerns while making the most of available opportunities and natural resources in order to transform Sri Lanka into a developed nation. Therefore, this event undoubtedly marks a milestone in the 54-year journey of the NSF in particular and the S&T industry in general.

Currently, around 900 expatriate scientists, technologists and professionals have registered with the GDP from all over the world and six world-renowned senior scientists and technologists, namely Dr. Bandula Wijay, International S&T Ambassador for Sri Lanka, Houston, USA United ; Teacher. Dilantha Fernando, Dean/Academics, University of Manitoba, Canada; Teacher. Shanthi Mendis, former Senior Advisor to WHO, Switzerland; Teacher. Dilanthi Amaratunga, Director, Global Disaster Resilience Centre, University of Huddersfield, UK; Professor Monte Cassim, President of Ritsumeikan Asia Pacific University, Japan and Professor Saman Halgamuge, University of Melbourne, Australia will join the online launch representing the expatriate population to express their views on the potential applications and impact of the GDP. Over the past few months, our expatriates have engaged constructively with the NSF on a wide range of programs, from improving S&T to building the capacity of academia. With the launch of the digital platform, the reach, diversity, frequency and scale of these programs will be significantly enhanced, potentially impacting many sectors of the economy.

Another salient feature of the event is the participation of the top 2% of the global science fraternity in Sri Lanka in this event. They are the heart and soul of the higher education sector and the crown jewels of Sarasavi Matha. They are the most valuable resource of our university system which has set benchmarks of excellence and new standards for our academic and scientific community and for the country.

When we examine the intellectual landscape of our universities, we see relatively few “mountains” in the otherwise rather flat landscape, which have silently, unobtrusively and selflessly contributed greatly to the noble task of advancing S&T and nation building. The nation and society have unfortunately not been sufficiently aware of their worth and they are the unsung academic heroes of our country. However, they continue to fulfill their obligation to the nation even under difficult circumstances due to their unrelenting passion for intellectual work and scholarly pursuits, as well as their love and affection for the motherland. If we create a more conducive and conducive environment for research in Sri Lanka, I am sure they will be in the best 1% cohort in the world.

In our country, there are several types of National Excellence Awards Programs to honor and recognize excellence in athletics, arts, music, literature, film, etc. However, there is no such system for honoring and recognizing singular achievements in science and technology. It is therefore only fitting that we invite them to this event, thus symbolically honoring their singular achievements in the field of S&T.

In addition, it provides a rare and ideal opportunity to develop an interface between our eminent domestic and foreign scientists that will give rise to a super “biological alloy” with unique academic, technological and entrepreneurial vigor, thus creating a win-win situation. winner. . This will undoubtedly give a boost to S&T efforts in our country. I would like to add that the NSF proposes to organize a national high-level event jointly with the Sri Lanka Association for the Advancement of Science (SLASS) and the National Academy of Sciences (NAS) of Sri Lanka to make a fitting tribute to our best flight scientists and technologists so that they are no longer overlooked.

Charles Darwin said: “It is not the strongest species that survive, nor the most intelligent, but the species most reactive to change”. This is equally applicable to any institution or country. “If you want to make minor changes or improvements, work on practices, behavior or attitude. But if you want to make meaningful quantum improvements, work on paradigms,” Stephen Covey said. The NSF, with a wise, capable, and far-sighted Board of Directors, is alive and well with this perception, and the digital platform is just one creation that emanates from it.

The NSF GDP will be a powerful catalyst and a powerful instrument to increase the GDP of our country. This will be a game-changer, signifying a turning point in Sri Lanka’s S&T trajectory.

The NSF, with its unwavering commitment to promote STI, will facilitate and consolidate strategic scientific cooperation and collaboration among the sons and daughters of Sri Lanka Matha at home and abroad through GDP, thereby charting a new course and paving a new path to propel Sri Lanka forward. trajectory to become a developed nation by 2035.

The launch event will be streamed live and can be viewed on NSF social media (YouTube: https://www.youtube.com/NSFSL and Facebook: https://www.facebook.com/nsflk).

(The author is the president of the National Science Foundation.)